I wake up a bit early to start packing up the bike. I peek out the curtains and notice that the BMW isn't there. Hrm, maybe he changed plans and left earlier. Oh well. I get the bike all packed up and head off to top off the gas tank and pick up some water to stash in the top box. As I pull out I notice the RT is across the street at Denny's.

After filling up with gas I pull back into Denny's and RT guy notices me and comes out so we are still on.

It's a short ride down to 380 and then over to the turnoff. A nice ride a few miles down and we come up on the line waiting for the gate to open at 8am. 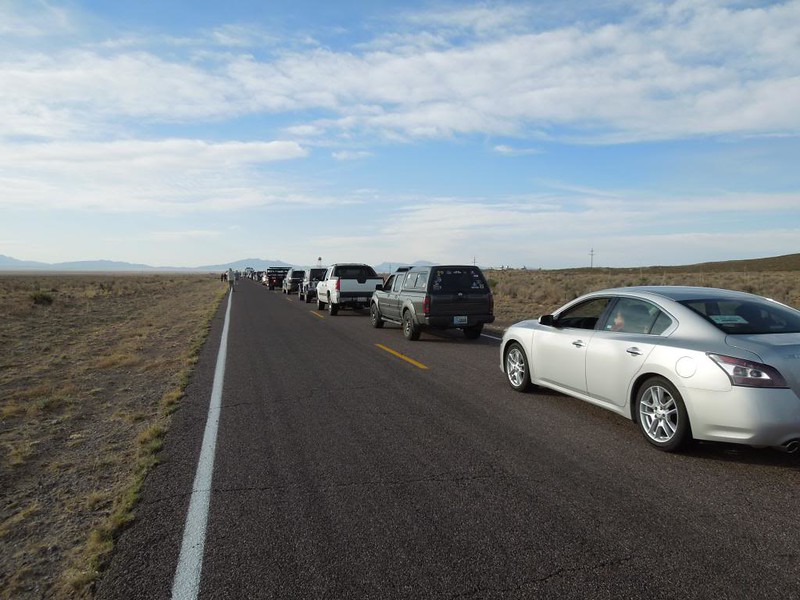 According to some of the folks working this event, they had 1,800 people come out last year for this and were expecting more today. The folks doing this are experienced at this and it flows smoothly. One volunteer handing out flyers and four security guys checking ID's four cars at a time. When the gate opens we pretty much flow right on in. Once through the gates it's 17 miles to get to the parking lot, which is a nice easy ride with fantastic views. 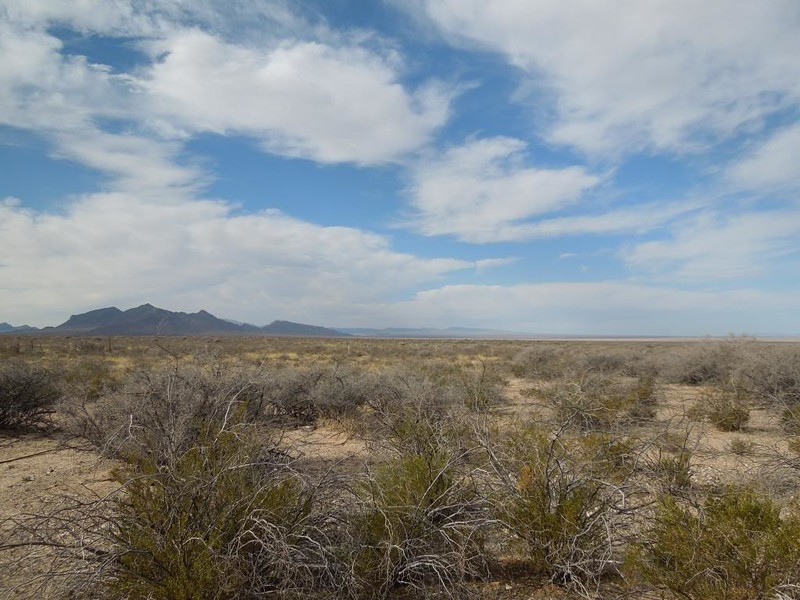 First thing I want to see is the McDonald Ranch house. You have to catch a bus to that location as it's a couple miles away. This is where the guys did all of the assembly of the original plutonium core. It was damaged in in the blast but has been restored to it's original condition.

Their "Clean Room" where they did the assembly consisted of taping up the windows and making sure folks wiped their feet before coming in. 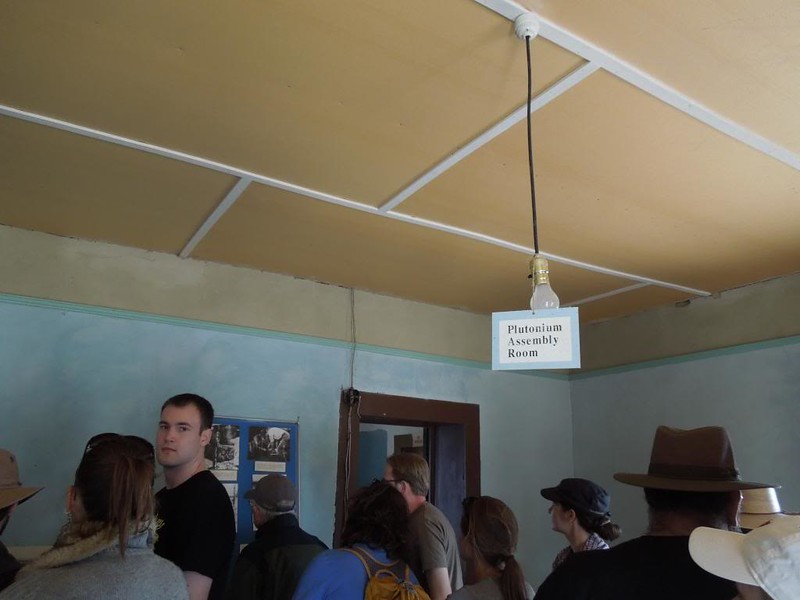 This is the hoist used to get the core into the truck for transport to the blast site. 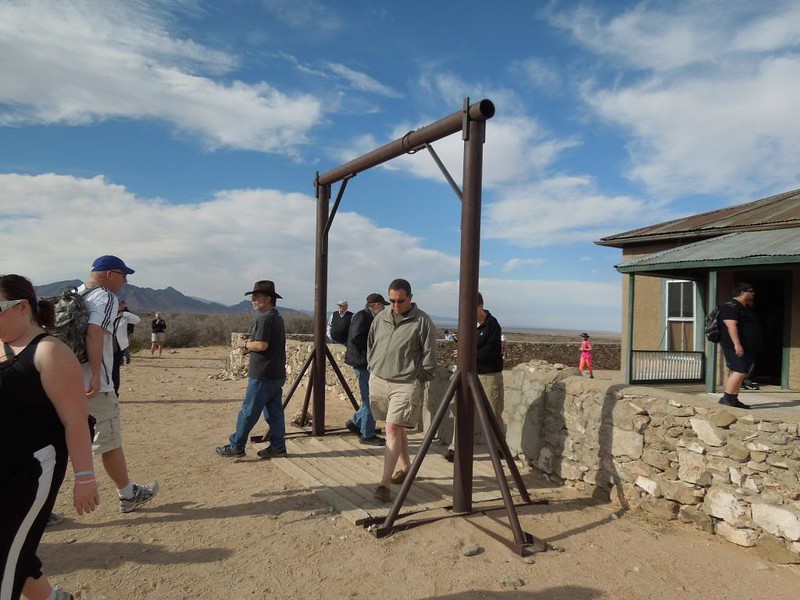 This was a barracks and garage for the troops supporting and securing the area and operation. 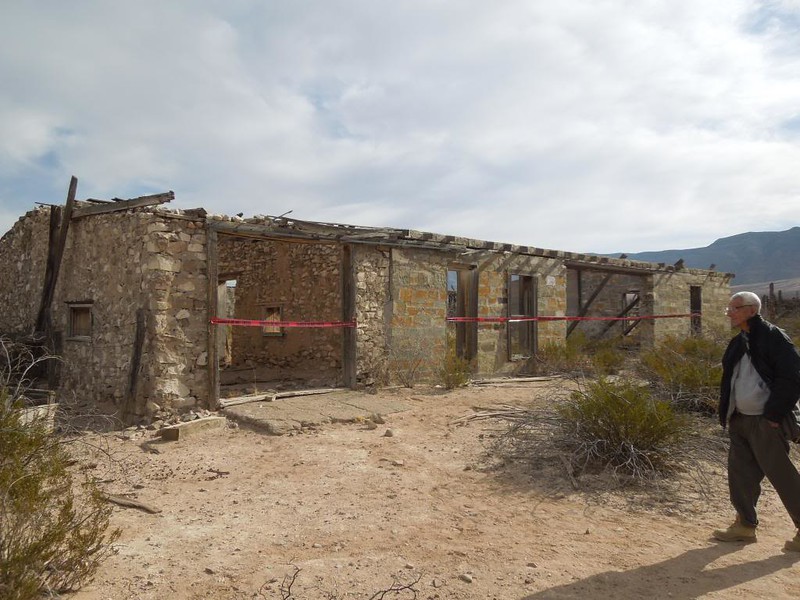 One last shot of the house before heading back. 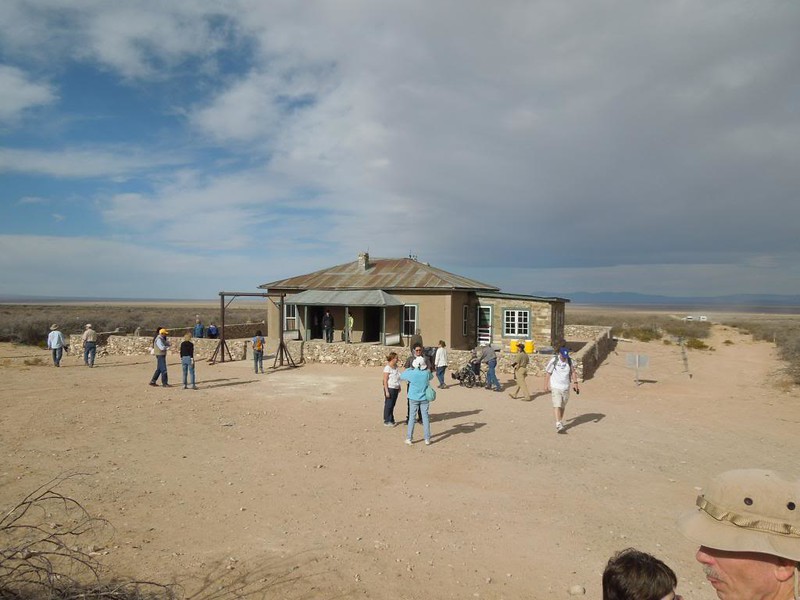 One of the first things you get to see at the site is "Jumbo" which is the shell used to contain the explosion of the dynamite in order to turn it into an implosion onto the core. This is all that remains of what was once a 25 meter long shell. 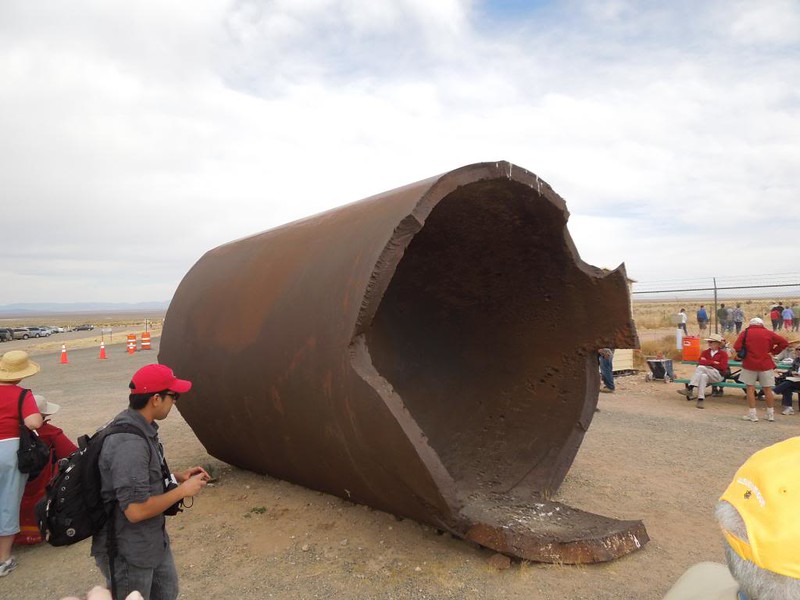 Then you make the walk out and get the picture you came all this way for, with the obelisk at ground zero.

They have on a truck a replica of "Fat Man" that was dropped on Nagasaki. 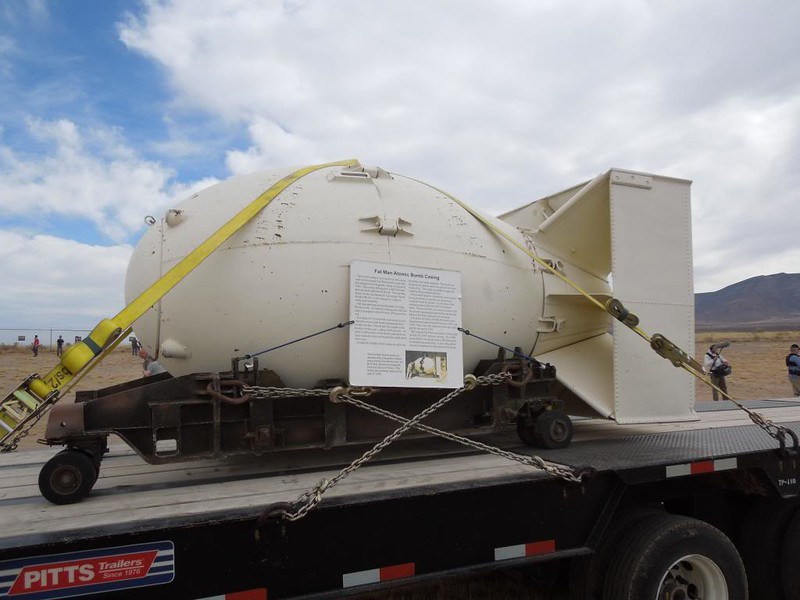 This is a piece of "Trinitite" so named for the location of the site. You can easily find these wherever the ambient temperatures managed to get hot enough to turn sand into glass. 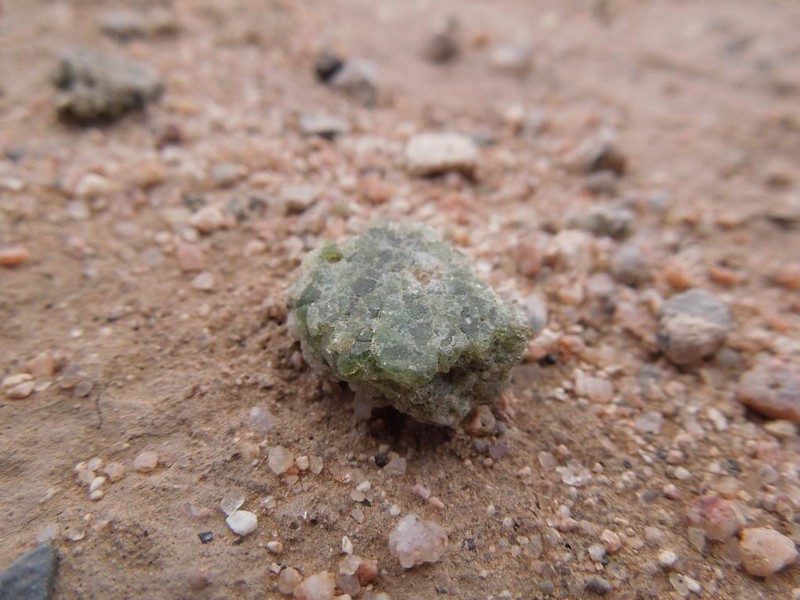 Here's a shot looking back at the crowd around ground zero. 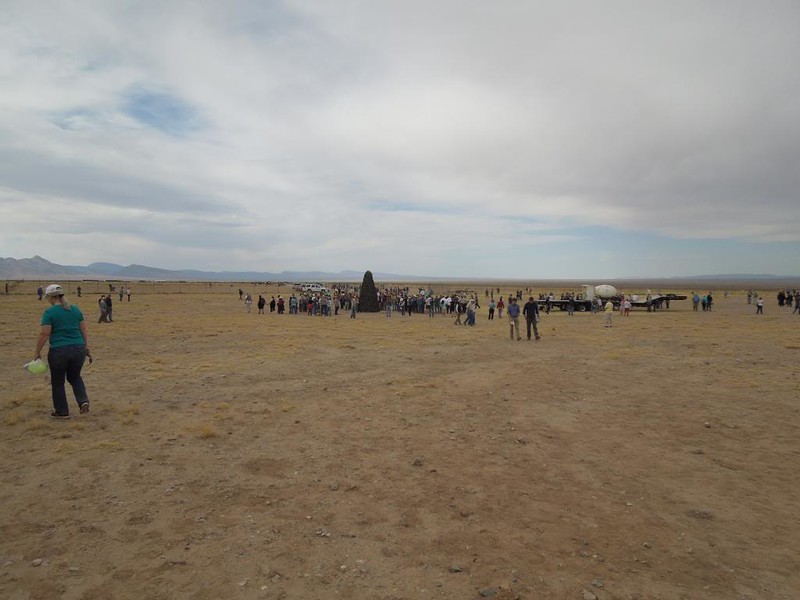 For the photographers, this is a place to geek out about cameras too. I saw all sorts of cameras out there in use including a couple of folks using medium format film cameras. I don't photograph photographers very often but I did have to get a shot of this guy.

Once finished, it was time for the long slog back home. Seems like on the return trip the mountain riding is shorter and the plains are longer. Thankfully I had mostly a tail wind on the way back and was getting about 46mpg without dealing with the cross winds. I did have one animal close encounter on I-20 almost back to Dallas. It was dark and I smelled him before I saw the skunk dart just in front of my front wheel. I hate to think what that would be like because I've hit them with cars but never a bike!

I'm home now, grandma is feeling a little better but will remain in the hospital for a few more days so we are taking that day by day.