A couple of months ago my buddy Doug hit me up with a deal I couldn't refuse.  He's selling his baby, his highly modified DRZ400 Supermoto.  He bought this bike, modified it, then sold it, then bought it back again and threw more money and mods to it and got it where he loved it.  But alas, bigger and better came along and his now Aprilia SXV 550 had taken the primary sumo spot in his garage and he was ready for the DRZ to move along to someone else who would appreciate it.  That's me.

Here it is in all it's glory on arriving home from Doug's house.

One week later it was headed for Deals Gap for a family vacation.

I only managed to get out for one ride while there due to a number of reasons.  That said, it was a blast, even if I wasn't totally comfortable on it yet. 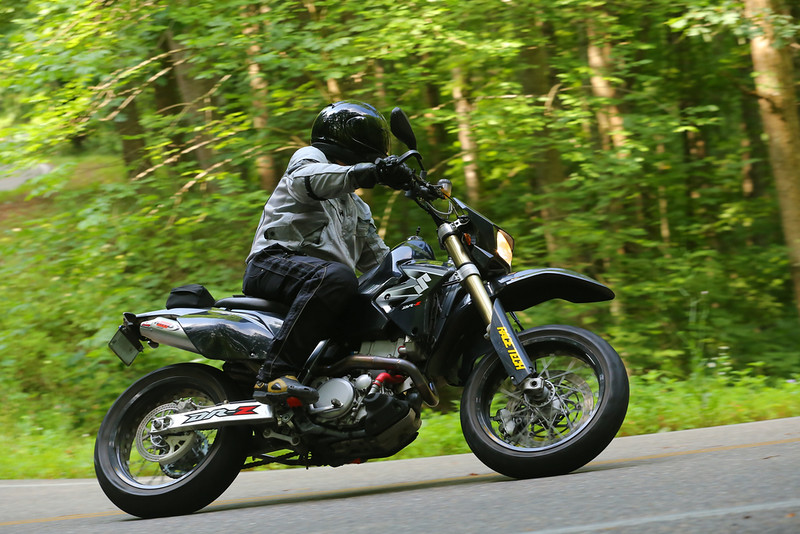 Still haven't gotten it out to the race track, but I've had some fun zipping around the local roadways.  Track days to come for sure!


And more I'm probably missing.
Posted by GixxerJasen at 8:40 PM