The other day, when I was messing with the battery, I tried to open the hatch and the handle moved freely. Got inside and popped it open from there and started troubleshooting. Found the plastic clip on the inside was broken and wouldn't stay in when I shut the hatch. 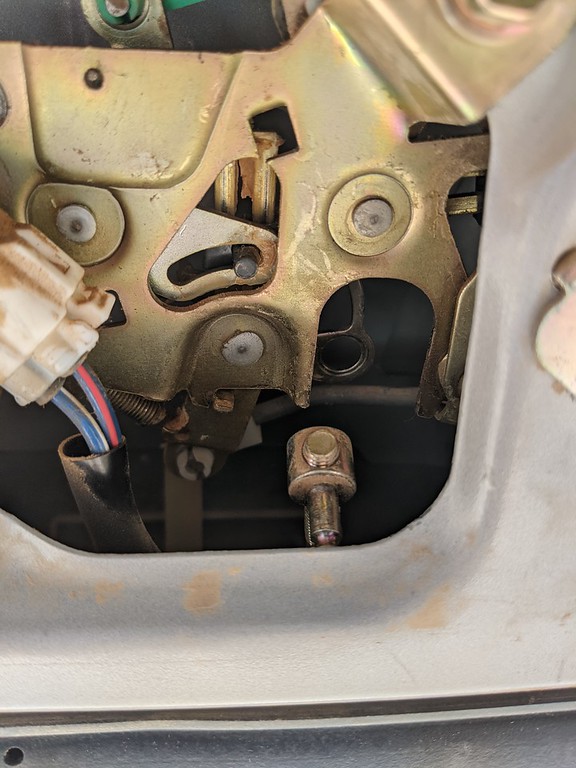 Did some searching and found this thread.

CruiserDrew was a life saver linking to this on Amazon.

I thought I'd get just one but nope, it's a bag of them for six bucks delivered. 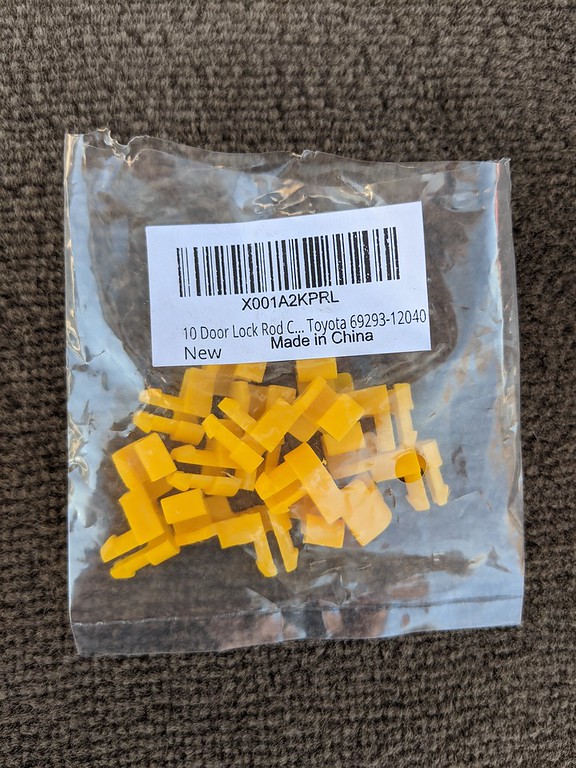 Good one on the right, broken tab on the left. 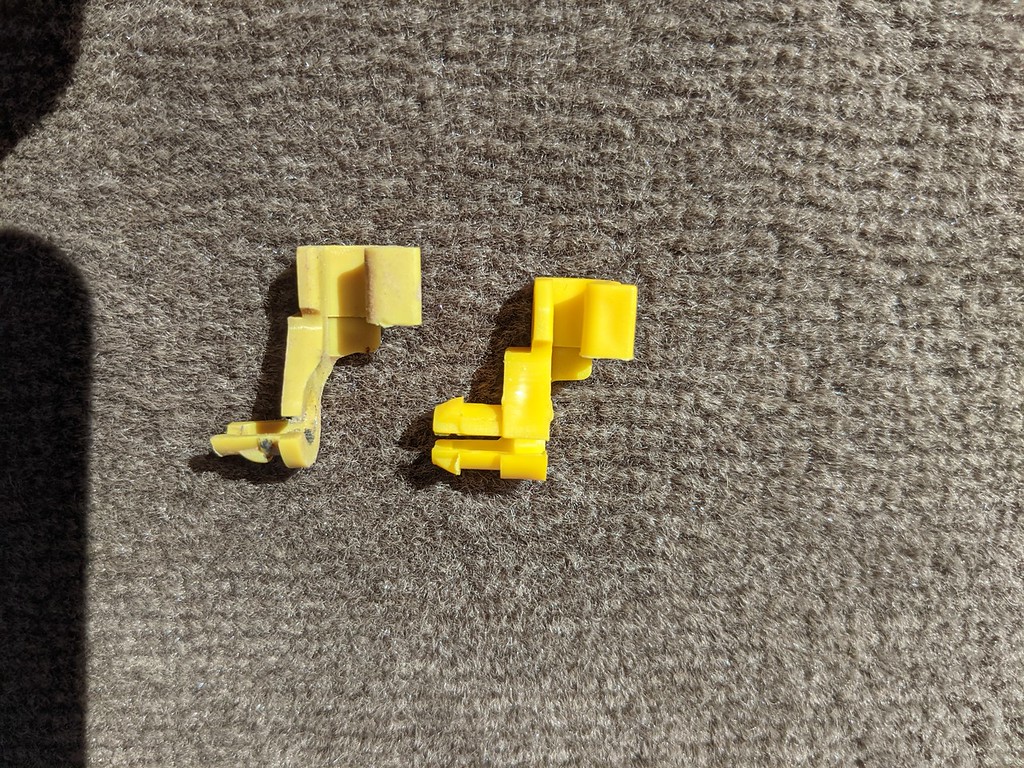 Slight problem though, if you look at the top part, it's narrower than the Toyota one. Better seen here. 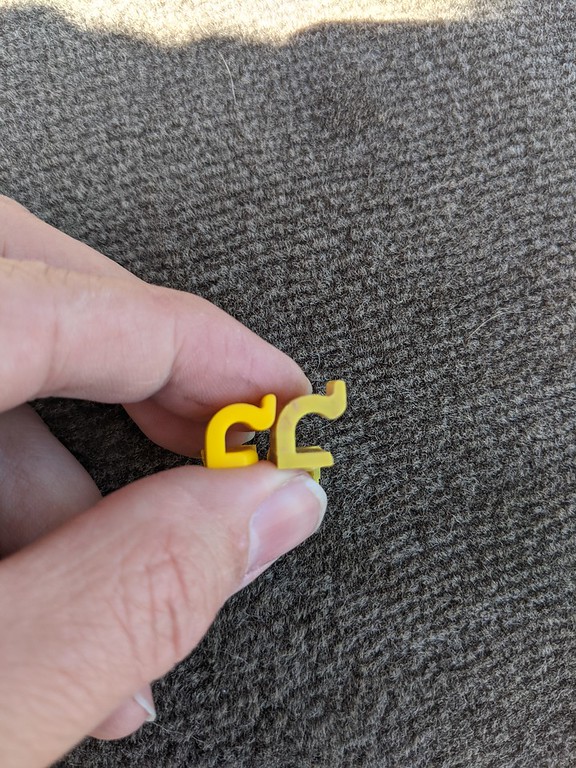 It snapped on tight, and stayed. 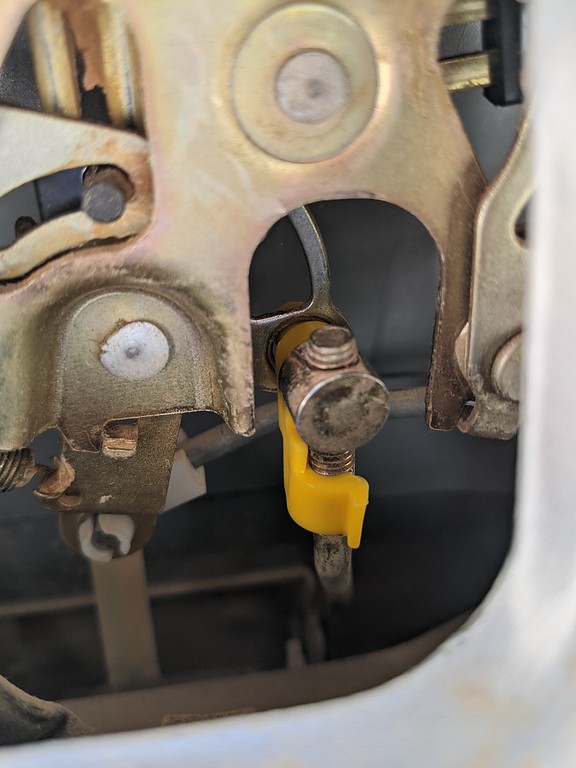 I wasn't completely sure it'd hold though so I put a small zip tie around it to hold it tight. Forgot to take a picture of that but you know what a zip tie looks like. Maybe this'll help someone else. Simple fix, two phillips screws, a bunch of push pins that actually DON'T break when you pop them out, and replace the plastic part.

Posted by GixxerJasen at 1:01 PM

So, first up, I went out last night and discovered I hadn't shut my door all the way (Have to shut it hard) and it was open enough to trigger the dome light and drained the battery. This is my first lifted truck and it was a treat figuring out how to get that freaking heavy battery out of the truck with it WAY up there and my itty bitty legs. I got it done, charged back up and back in the truck, all good.
Second is a little side project I've been working on. I hate gold on a vehicle, personal thing, just seems tacky to me. Some people love it, more power to them, not my thing on my truck. So project gold begone is under way.
Pulled the rear emblems off, they weren't in great condition anyway, especially the Toyota logo. 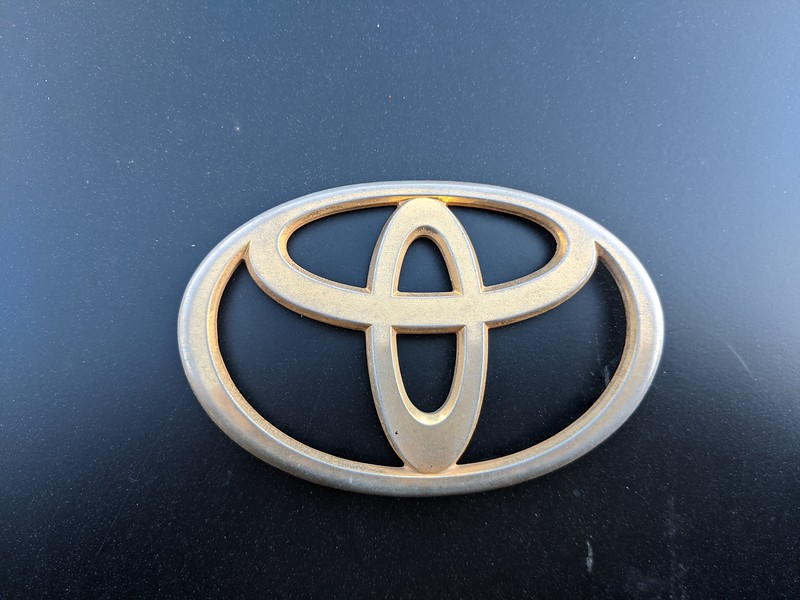 I'd debadge it if it weren't for the holes. I mean, right there in that spot there's two "Toyotas" and one logo. Seriously, we know it's a Toyota all right. I found this emblem on ebay, took FOREVER for it to get to me from China. But it wasn't the china part that made it hard, it was USPS sending it back and forth between Grapevine TX and Atlanta Georgia several times.
Not quite as big as the original but I like it. I got two in the package, more on that later. 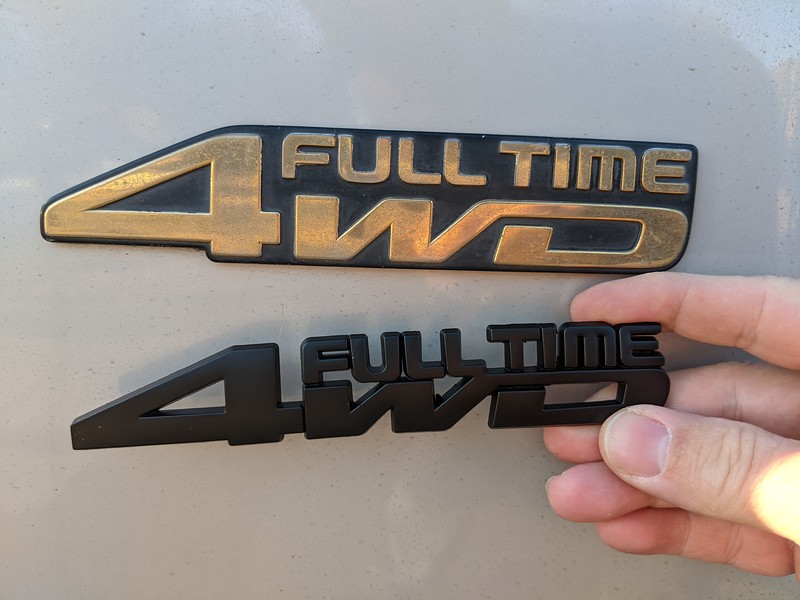 The nastiness behind the logo. I didn't even take a picture of what was behind the 4WD logo because it looked like a moldy chocolate bar.

Goo gone wasn't doing anything with that. My first time using an eraser wheel. Cool gadget. 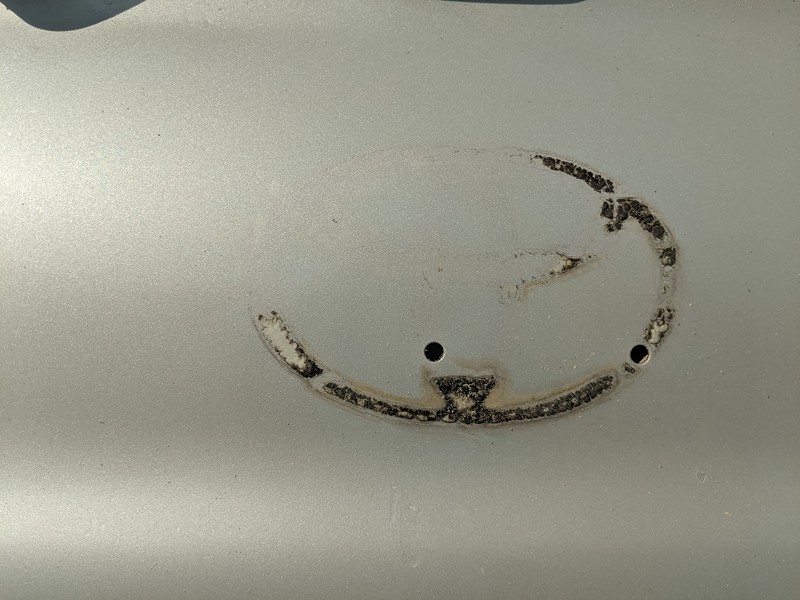 Scuffed up the emblems, didn't need much scuffing on the logo as it was already pretty pitted and weather worn, then some coats of Krylon, some sanding out a bubble I got in it, spray some more and not too bad. Painted the 4WD anyway even though it was already black so it'd match. It got a bubble too. grrrrr. 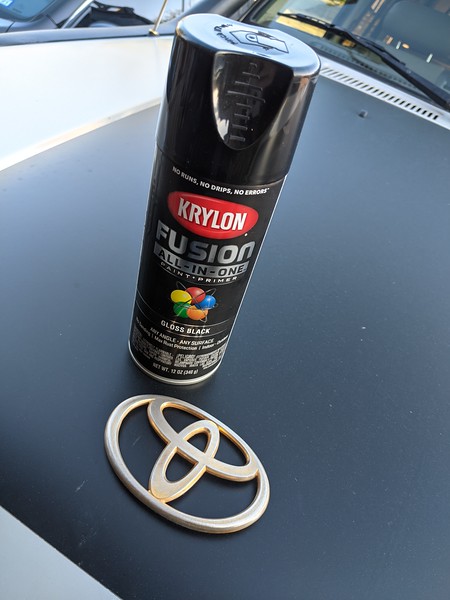 I thought I had a photo of it, but there was an hour or two of cutting the Sombrero out of a sheet of 3M adhesive. I got it pretty close. The 4WD came with pre-cut adhesive, much easier.
Today I did a little paint repair trying to get some of the etching around the edges out but it's not perfect, but let's not pretend the paint job wasn't full of rock chips and stuff anyway so it'll pass muster. My adhesive cutting wasn't perfect, but as long as you don't look too close it looks pretty good. It's better than the gold anyway. 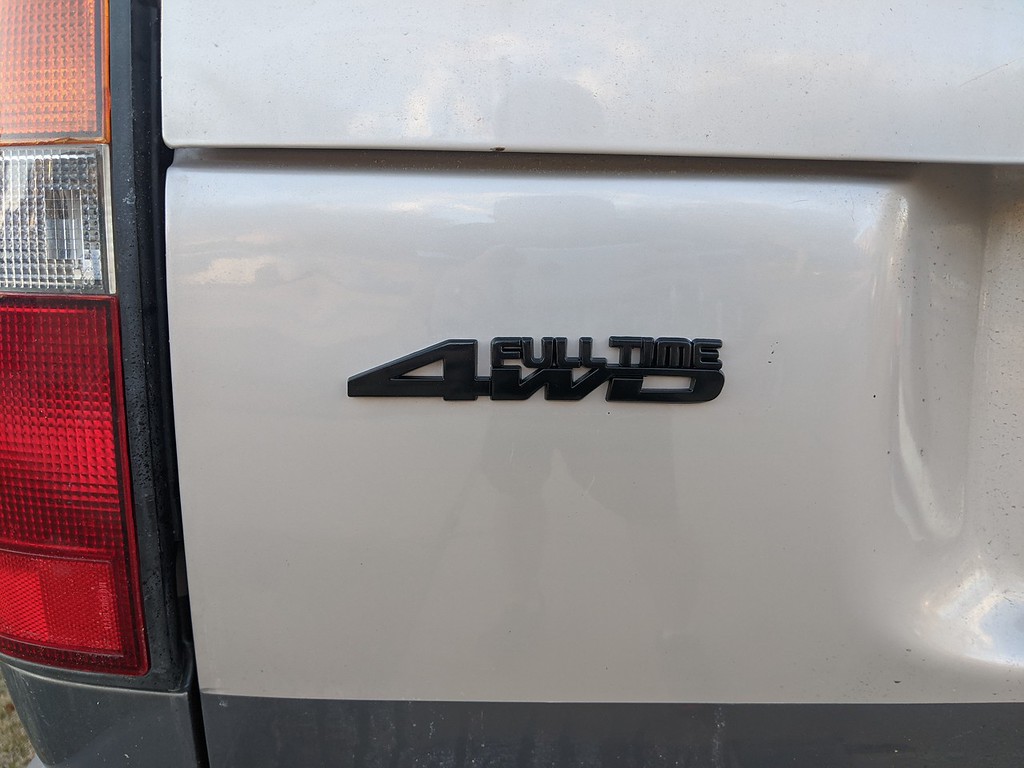 The 4WD might be a tad too far to the left, because it's not quite matching the curve and the point of the 4 is pulling a little bit. I got two of them and two adhesive strips so maybe I'll fix that another time. Good enough for now.
Now I need to give it a bath so the rest of the truck matches the clean spots I made.
Posted by GixxerJasen at 5:48 PM