Found me a local taco stand that has great breakfast burritos.  I've been taking turns taking each bike there but the GSX-S1000 was the first to make the trip. 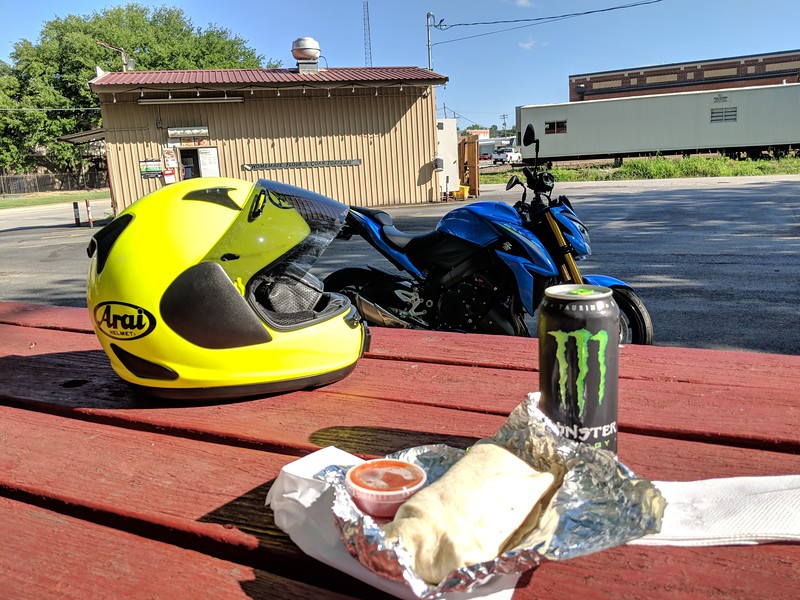 Little ride out before a rain storm.  Temps were low thanks to the weather so it was nice to get a semi comfortable ride in this time of the year. 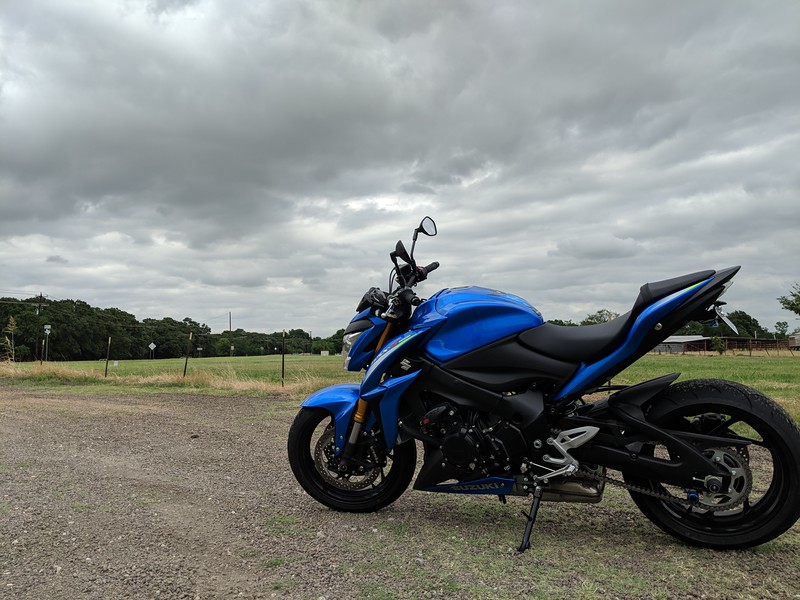 I also picked up a radiator guard from a guy on the GSX-S1000 board.  Before.

After..now the radiator is protected from rocks and things thrown by the tire and it looks much better too. Radiators are expensive, so this is cheap insurance.

He also had for sale a Factory Service Manual.  This is the same thing they guys at the dealership use for troubleshooting and repairing bikes.  These are nice to have on hand when you do your own work. 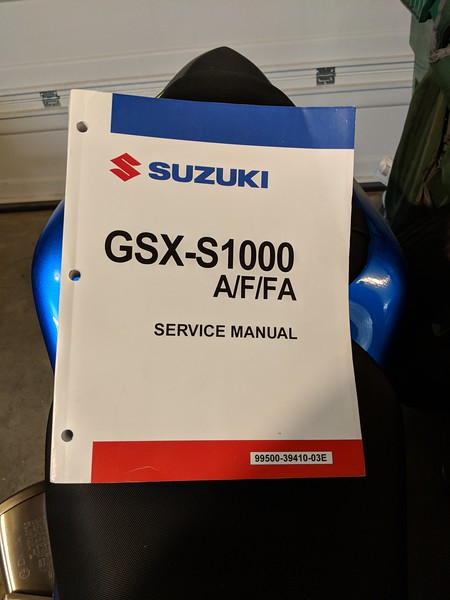 It fits into the bookshelf nicely next to the FSM for the FJR.

Posted by GixxerJasen at 3:42 PM

It's been a while since I posted an update on the DRZ.  So, looks like since the last update I got the Acerbis fuel tank fixed.  The right petcock would leak out of and around the dial and since it's kind of old and the petcock is cheap on amazon I ordered a new one.  Oops, I didn't realize that the right and left side petcocks are different.

So since I ended up with a left side petcock, I kept it and ordered up a right side one.  Now I've replaced both so we are good as new.

I also added a new fuel tank vent hose with one way valve.

She was also way past due on a new battery so I ordered up a Yuasa YT8B-BS battery. Cranks very well now.

So now I started in on the starting woes. She'd start but would only run on choke and then would just suddenly die as if someone shut it off. I went through all manner of checking things that were all good. I pulled the carb and cleaned it again even though I'd just done so and no good. Pulled the carb again and cleaned again more carefully this time and put it back together and she runs. Whatever.

I took MJ and Jakob out for our first tour of Barnwell Mountain. It got super hot super fast. We had a hard time finding the easy stuff so I'll have to go back and explore on my own later. Jakob ended up with a flat tire and while I messed with his bike (before we discoverd the tire) I managed to overheat the DRZ. I'll have to keep moving, shut it off when not riding, or add a radiator fan at some point. I rode MJ's bike back to the truck and came back to retrieve all three bikes while MJ and Jakob had a spitting contest. 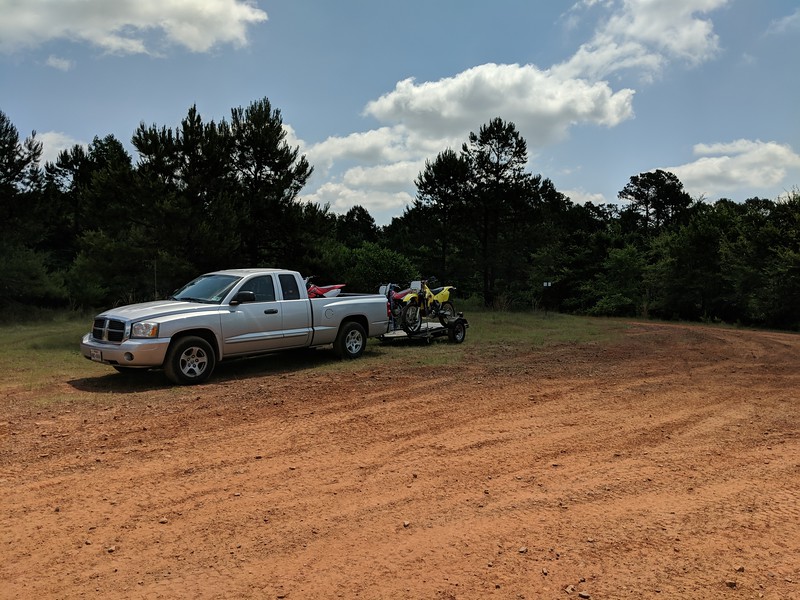 I've discovered a local taco shack that has excellent breakfast burritos. I'd been over previously on the GSX-S1000 but wanted to take a few of the unpaved roads between here and there on the DRZ. What a fantastic ride. I did discover that I really need to balance the wheels if I'm going to do any pavement speeds at all. I've since done this for the front but still need to pull the rear and do it. 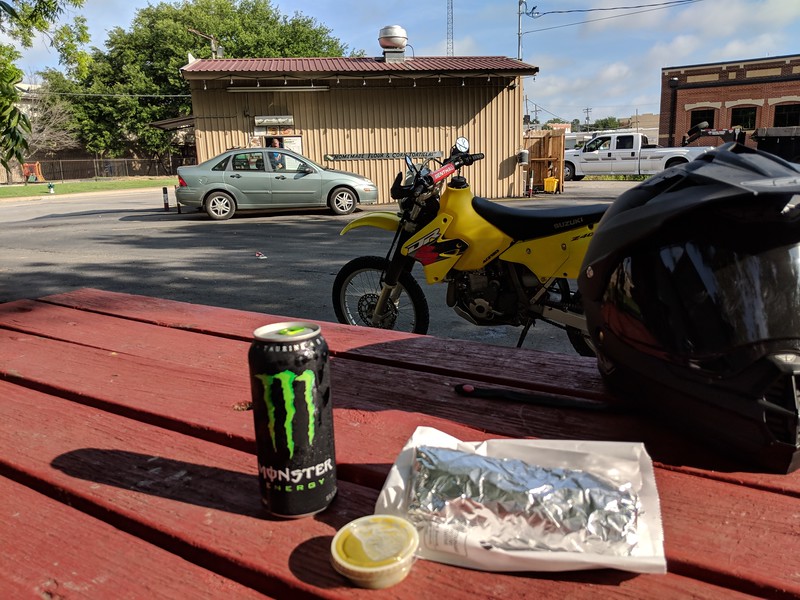 I also managed to secure me a very nice Giant Loop Great Basin bag for the DRZ for when I start needing to camp off of it. This will hold a lot of gear and keep it wet should something bad happen during a river crossing.

Posted by GixxerJasen at 3:35 PM