Note: This was originally posted to the FJRForum and reposted here on my blog.

Well, I bought this 07 AE knowing about the throttle issue, but I figured I could ride around it and if not, then the fixes are well published. So I bought it anyway.

After several weeks of fighting with the throttle and the herky jerky clutch motion I was having serious second thoughts about my purchase. But my FZ1 sold so I had a small amount of money from that sale I could funnel to the FJR before paying off some medical bills. I decided I'm gonna fix this thing.

G2 or PCIII? That is the question. I decided, screw it, I ain't jacking around with this, let's go big guns and whole hog so I ordered both.

Nothing like a little get to know the new bike quite like stripping it down to pieces. My family thinks I'm nuts but it is good time spent with the bike. 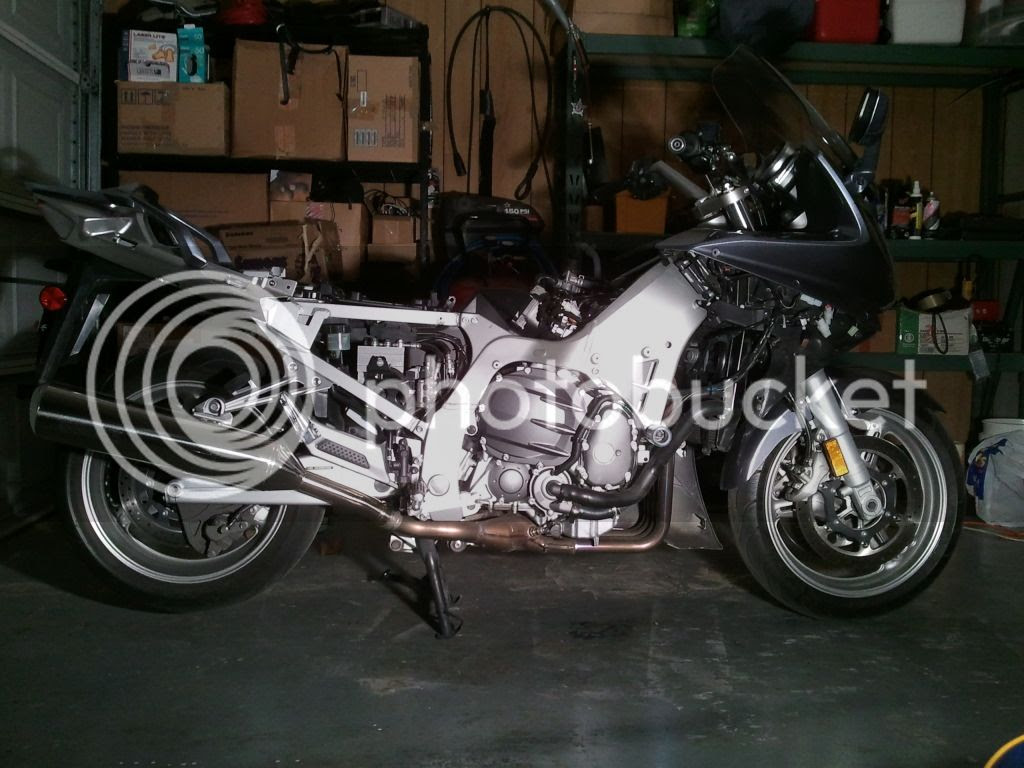 First thing I went after was a clutch soak. This was delayed a day due to my wife finding a bed on craigslist for my son all the way across town. Then we found the mattress we had wouldn't fit so we spent some more money fixing that problem and now my son is quite happy. I must say it's a proud day in a grown up geeks life when the Star Wars bedding is allowed to return to the house. 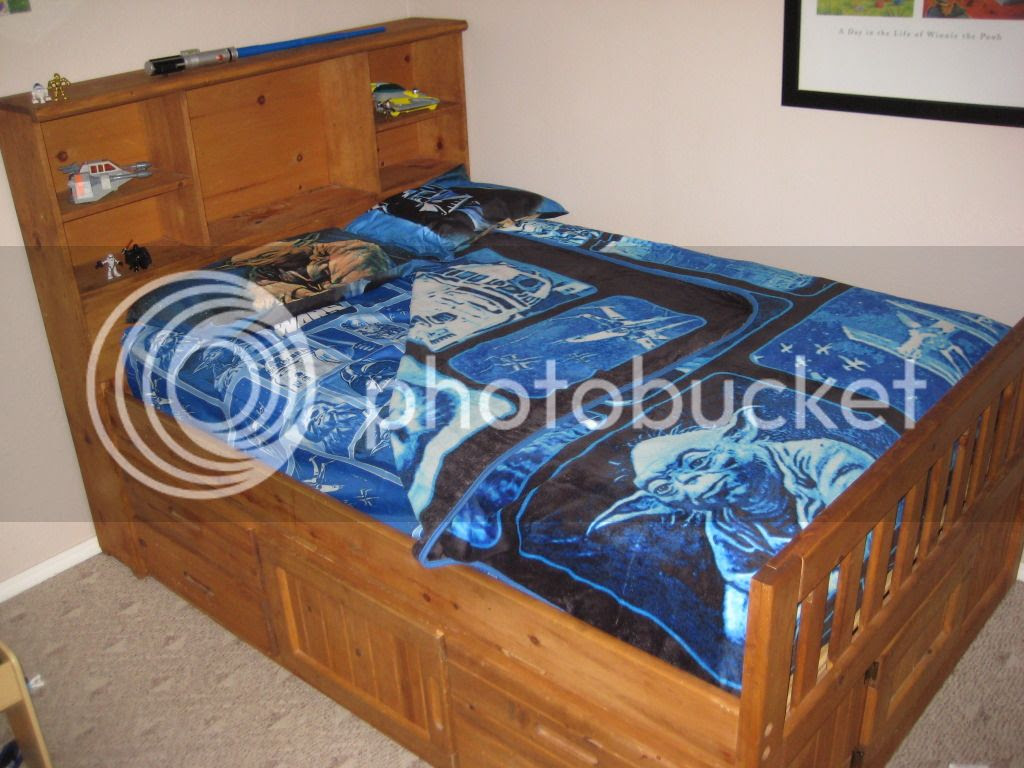 Ok, so back to motorcycle stuff. Clutch soak...right. This went without a hitch. Tearing into it. 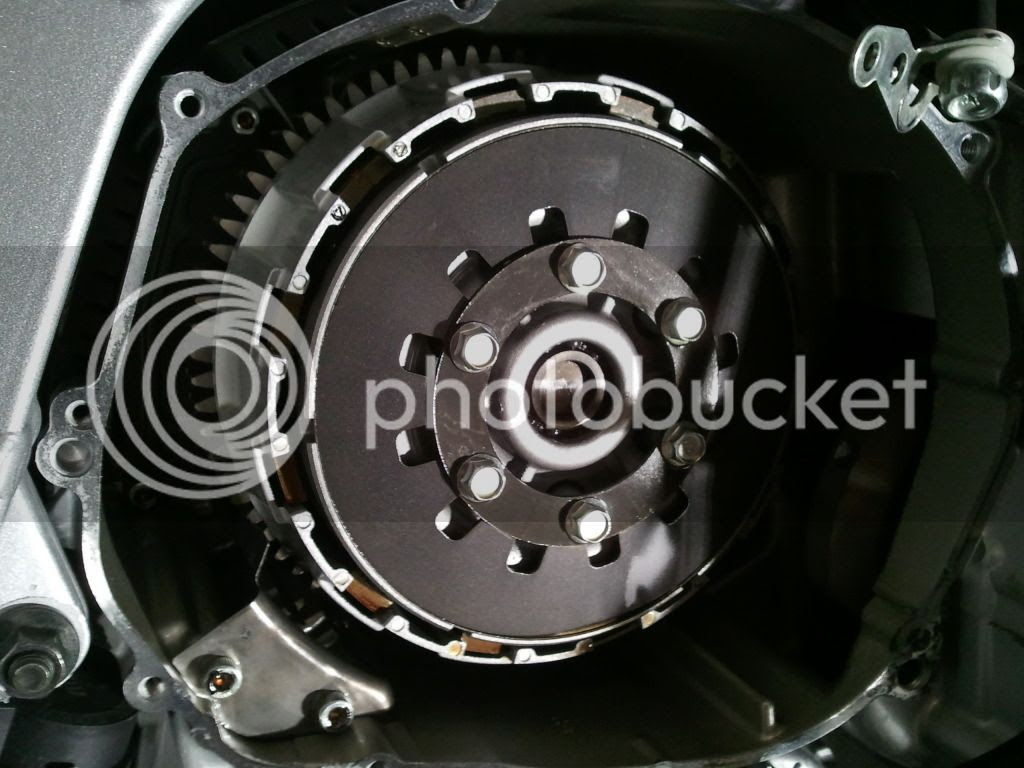 And here I am fighting against whatever is inside of me that will not allow me to be organized. I envy those of you who are methodical and organized by nature and also envy your nice neat garages. 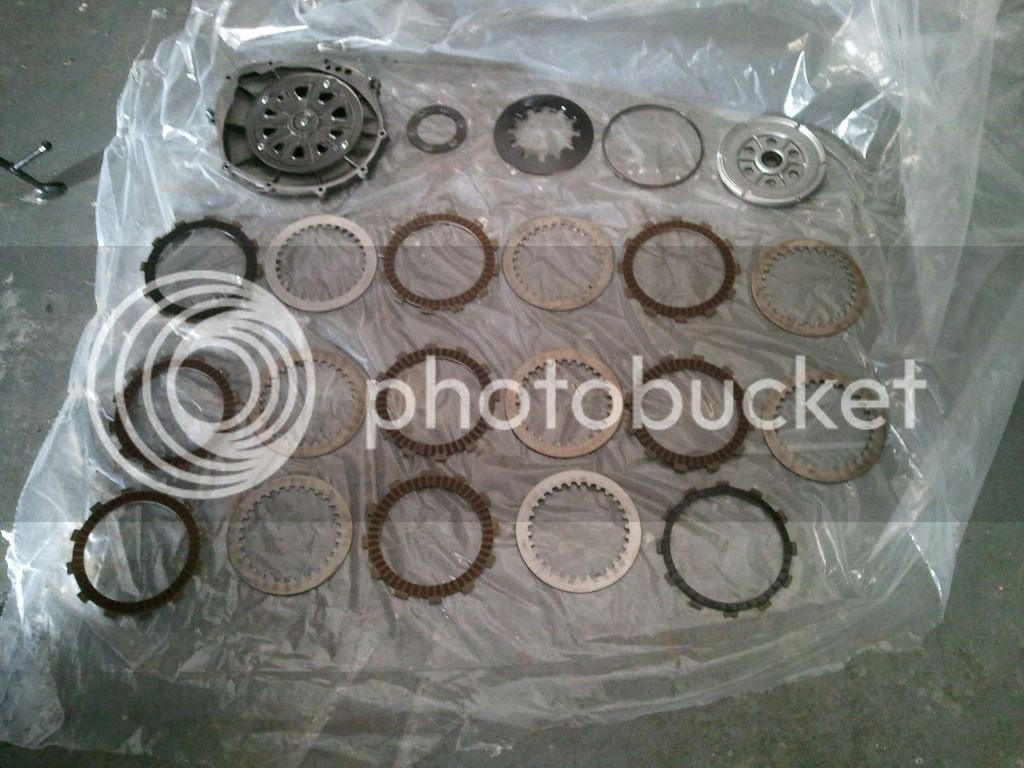 With that complete, it was time to tackle the throttle body sync. I dragged out my Morgan Carbtune Pro and went to work. Second time I've used this tool since buying it. Considering shop costs, I'm sure it's now paid for itself. Then I did the throttle spring unwind. Rather than go the suggested method of letting it zip around on it's own at light speed, I figured I'd try a more controlled method. I came to this conclusion from hearing stories about it zipping around more than once sometimes. I figured control is better. So, with some safety wire bent in half with a nice kink and then wrapped around a socket extender for a handle (wasn't sure how much tension I'd be fighting here and didn't want to trust sweaty hands on safety wire) I went to work. Oddly, my plan worked perfectly exactly as designed. I allowed the spring to move around in a controlled fashion. 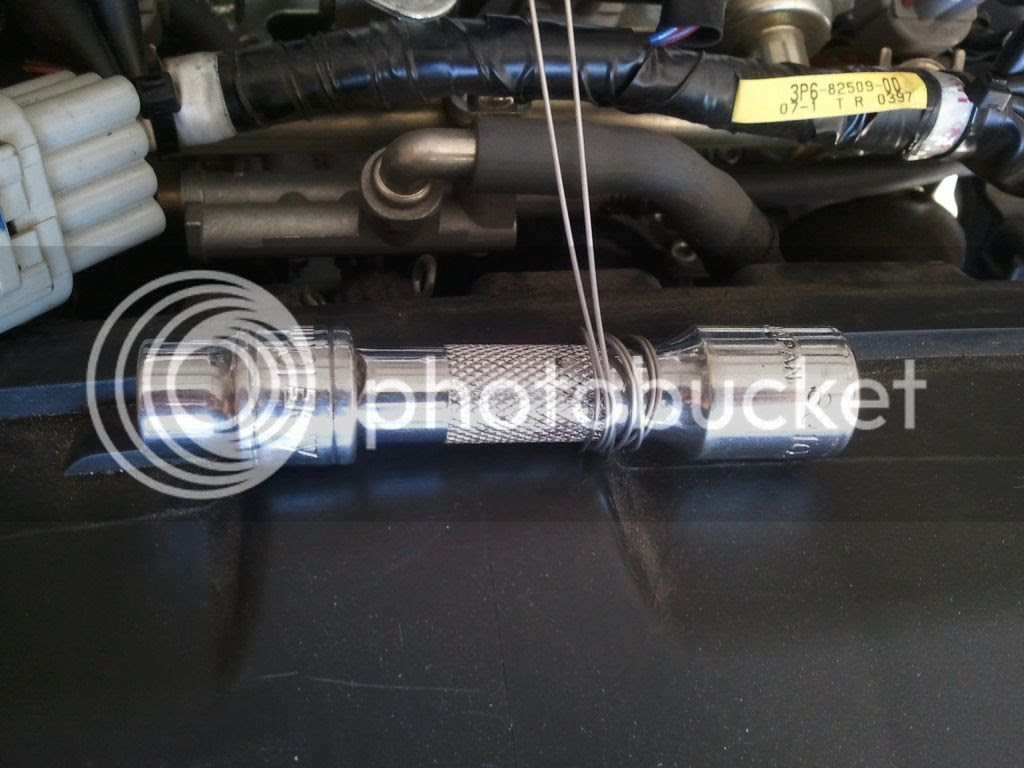 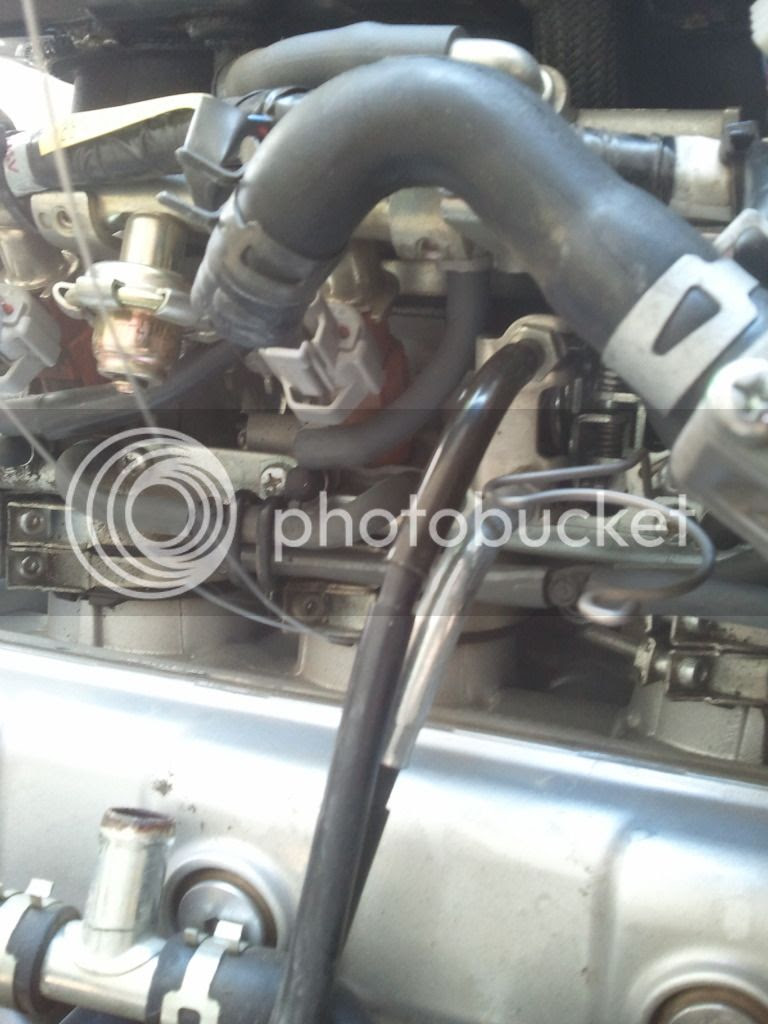 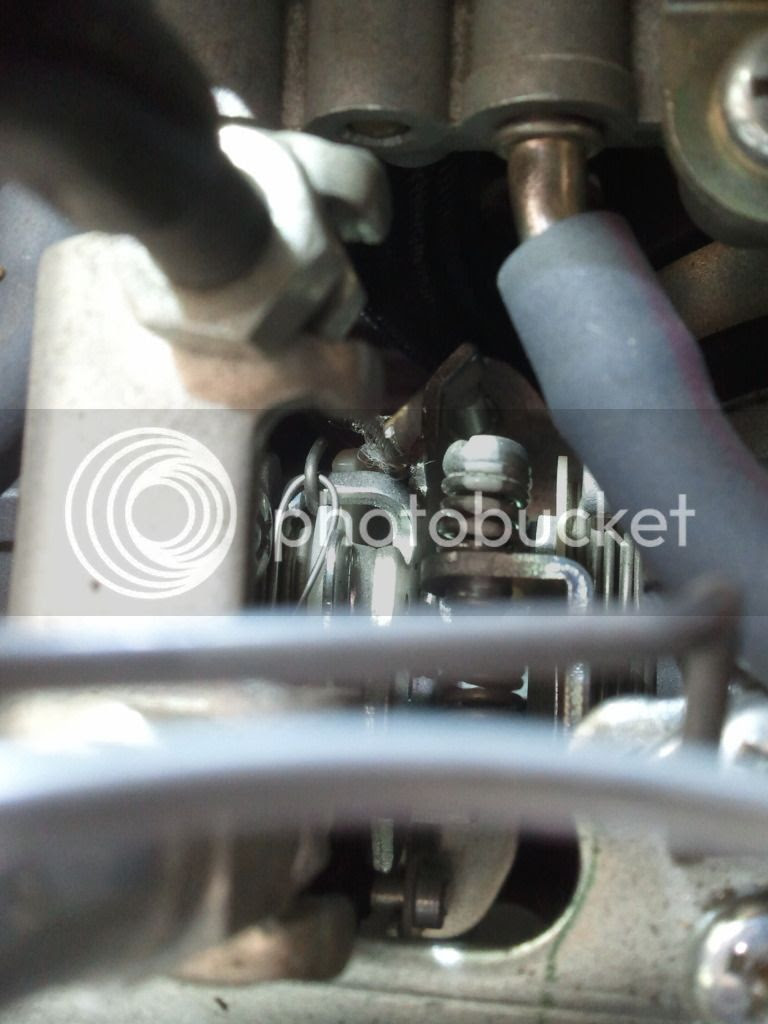 Now, having spoken to the previous owner he'd never done the throttle spring unwind. I'm not sure if the dealer did it on a service or maybe the sling around at light speed is the better method, but my success was to be thwarted. After letting the spring go 90% of the way around I let it be free, and it just kind of sat there, with a gap between it and the hook it's supposed to be sitting against. Eventually it stretched its way against the hook but it feels very light. In addition a later test ride showed that while letting go of the grip at full throttle with the bike off will allow it to snap home, letting go at small throttle openings doesn't bring it home. I played around and tested and my tool will also work to rewind the spring. I'm going to let it go for now and see if it gets any better but I've already got plans to rewind it back.

Then time spent routing wires and such to install my PCIIIusb and some assistance from my wonderful wife on getting the stock heated grips off the old tube and onto the sweet G2 with delrin inserts. While I had everything off, I ran my "Wiring kit" for my fuzeblock I got on the group buy. I need to buy an inline fuse holder and figure out where exactly I wish to mount it and then that will be the next project. I also dropped in my Autocom that'll be wired up through the fuzeblock just to test fitment. 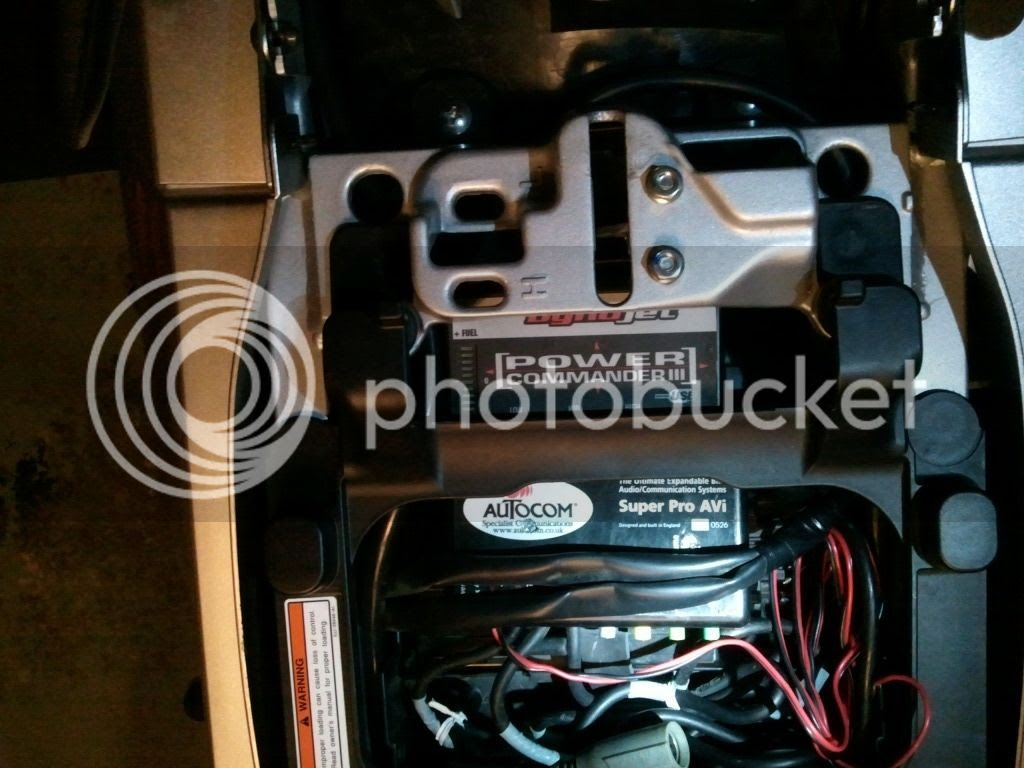 Nothing more to do at this point than to button everything back up. I managed to have zero left over bolts so that was good. After getting it reassembled I suited up and went for a ride.

Oh wow, like a totally different bike. So smooooooooth. My lack of confidence in the bike going into a turn going from off throttle to on is gone and replaced with a huge grin on my face. I am now ready to start really loving this bike.

So, there ya go, is that a proper amount of farkling for a guy with a new to him FJR? I think I'm pretty much done for now. Well, except for needing to get a Givi. I can't keep hauling my work laptop back and forth to work in a backpack. I miss my Givi I had for my FZ1 but I want a bigger one. Once I get that, that'll do it. Well, I do plan to buy some of the wynpro block off plates because I want to get in there and check the valves and I'd really rather remove the plumbing at the same time. But that'll do it. Ok, so maybe some highway pegs. I do need a newer GPS. And a radar detector too. Yea...and...and....oh crap, it's started!

Posted by GixxerJasen at 8:01 AM